Two Chechen wars (1994-1996 und 1999-2009) and ongoing security threats affect the civilian population in Chechnya at a time when civil society organisations are under great pressure and scrutiny from local authorities. The war in Ukraine is not limited to the eastern part of the country. Also other parts of the country (e.g. Odessa) face social polarisation and the effects of violent conflicts. The project focuses on children and youth affected by violence and trauma, supporting and training educators both from Odessa and regions further East close to the armed conflict. The partner organizations use their access to schools. Through guided reading of the stories „Power of Goodness: Stories of Reconciliation and Nonviolence“, role plays, music and art therapy young people are learning peaceful conflict transformation, tolerance and respect.

Through guided reading of the stories „Power of Goodness: Stories of Reconciliation and Nonviolence“, discussion, art-therapy, music and role-play, children will learn about peaceful conflict transformation, tolerance and respect. They will learn the benefits of not judging people by their ethnic or religious background and questioning prejudice, promoting dialogue and compromise and taking an active stance in their communities. The project provides creative models for resolving differences peacefully and building relationships and a society based on tolerance and justice.

This approach has been successfully used in Chechnya by psychologists and trainers of the partner organization since 2008. In 2018, their skills and knowledge will be shared further with their Ukrainian colleagues, strengthening an important partnership that has developed since 2015.

Increased leadership skills and participation in their communities will help the young people who benefit from Power of Goodness in Chechnya and Ukraine to become more confident, resourceful members of their societies, better able to assist themselves and their families and to base their lives on peaceful and respectful relations, equipped with knowledge of nonviolent methods to address disputes and conflict.

Peacebuilding UK and local partner the Centre for Peacebuilding and Community Development Russian Charitable Fund have identified a significant need for peace and tolerance education in Chechnya, and initiatives to encourage nonviolent methods to resolve conflict and problems. This project addresses the remaining high levels of violence in Chechen society, promoting alternatives to violence that aim to inspire and provide real-life examples to young people and the wider society in which they live with ways to resolve conflict peacefully and break the cycles of violence that have gripped their region for so many years. The project promotes and shares the stories of the book Power of Goodness: Stories of Nonviolence and Reconciliation, in schools throughout Chechnya. This tri-lingual international book in Chechen, Russian and English promotes awareness of peaceful and non-violent ways to deal with conflict, build tolerance and encourage respect for human rights.

In 2018, 230 teachers will be trained in conducting peace and tolerance education classes with children/ young people in Chechnya. This will include exploring concrete examples of good citizenship, tolerance and reconciliation between conflicting sides, including people from Russia and Chechnya through the Power of Goodness stories, and drawing also from the young people’s own perspectives and experience of dealing peacefully with conflict and human rights violations. This will improve teachers’ skills and capacity in conducting peace and tolerance education lessons with children; improve awareness and knowledge of peaceful and non-violent ways to deal with conflict, build tolerance and encourage respect for human rights among teachers and school children and; provide knowledge and examples of real life situations of conflict resolution from around the world.

The 230 teachers/ lecturers will conduct at least 5 peace and education classes with their tutor groups during weekly tutor group periods in school. Around 25 students will attend these classes; in total over 3000 school children will be reached during 2018. The Little Star psychologists will stay in close contact with the teachers during this period, and will visit the classes to provide occasional support and assistance.

4 ‘Little Star’ psychologists conduct therapeutic workshops with creative activities such as simulation games and visual art, music, dance, movement and drama activities to develop inter- personal communication skills and provide a safe space with support and respect, for 150 young people referred by teachers engaged in the project. Individual counselling and relaxation exercises will provide more in-depth psychosocial rehabilitation work for those children who require it.

Round tables are being conducted for parents, young people, school directors, representatives of local authorities, elders and religious leaders, to coordinate the communities’ response to supporting young people identified by the community as being most at risk of influence by extremist and radicalized groups.
A coordinated response by local communities in tackling radicalization and extremism will be more effective than isolated, unlinked attempts, and will thereby strengthen such efforts by the local community in the longer term. All parties invited have information about specific young people in their local communities, schools or families considered at risk of influence by extremist/ radical forces, requiring a more coherent approach to offering such young people necessary support and advice.

A group of 50 Power of Goodness ‘core’ trainers and practitioners in Ukraine, including teachers, psychologists and volunteers has attended at least 9 days of basic and intermediate trainings from southern and eastern Ukraine in 2015-16, and from Western and central Ukraine 2016-17. In 2017, we conducted the first dialogue and curriculum building trainings, bringing together professionals from all over Ukraine. In 2018, we are providing continued support and training to this group of trainers. The Power of Goodness project will be shared with their local communities by a) training local groups; b) completing work on the Ukrainian teacher’s training manual and pool of stories of nonviolence and reconciliation by people in Ukraine to add to the international pool of stories and c) using Power of Goodness themselves in their work with children as teachers, psychologists or volunteers. From 29 June to 1 July 2018, we brought together this whole ‘core group’ of trainers from western/ central and eastern/ southern Ukraine, see separate post.

With support from Peacebuilding UK, CPCD and ORGM 20 Ukrainian trainers will provide mini-workshops for 300 teachers/ psychologists/ volunteers in various regions of Ukraine. This will include exploring concrete examples of good citizenship, tolerance and reconciliation between conflicting sides, and drawing also from the young people’s own perspectives and experience of dealing peacefully with conflict and human rights violations. Those trained will receive a copy of the Power of Goodness training manual, and access to the stories on the internet ORGM will add the methods and resources of Power of Goodness to their existing skills and experience.

3,000 school children will attend peace and tolerance education classes based on Power of Goodness in the Ukraine conducted by 300 teachers, psychologists and volunteers, who were trained by the 50 ‘core’ Power of Goodness trainers described above. Exploring inspiring stories promoting nonviolence and reconciliation will provide the young people with creative models for resolving differences peacefully and building relationships and a society based on tolerance and justice. The tools provided to young people through the project will strengthen the chances of sustainable peace. Ukrainian young people will be encouraged to share and develop the Power of Goodness stories further, and to write their own stories based on their own experiences, which will be included in the Power of Goodness pool of stories. 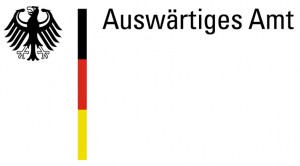