Peacebuilding UK together with partner organisations in Chechnya and Ukraine (Odessa) is committed to peaceful conflict transformation. Two Chechen wars (1994-1996 and 1999-2009) and ongoing security threats affect the civilian population in Chechnya at a time when civil society organisations are under great pressure and scrutiny from local authorities. The war in Ukraine with its many civilian casualties continues and is not limited to the eastern part. Other parts of the country (e.g. Odessa) also face social polarisation and the effects of violent conflicts.

The ‘Power of Goodness’ project focuses on children and youth affected by violence and trauma, supporting and training educators both from Odessa and regions further East close to the armed conflict. The partner organizations use their access to schools. Through guided reading of the stories “Power of Goodness: Stories of Reconciliation and Nonviolence”, discussion, art-therapy, music and role-play, children learn about peaceful conflict 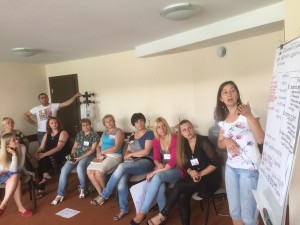 transformation and reconciliation. They learn the benefits of not judging people by their ethnic or religious background and questioning prejudice, promoting dialogue and compromise and taking an active stance in their communities. The project provides creative models for resolving differences peacefully and building relationships and a society based on tolerance and respect.

This approach has been successfully used in Chechnya by Little Star psychologists and trainers. Their skills and knowledge are being shared with their Ukrainian colleagues, which is considered extremely valuable in today’s very challenging situation. Increased leadership skills and participation in their communities will help the young people who benefit from “Power of 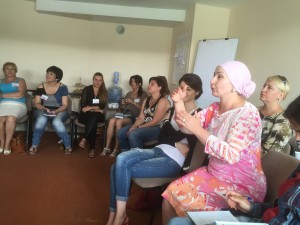 Goodness” in Chechnya and Ukraine to become more confident, resourceful members of their societies, better able to assist themselves and their families and to base their lives on peaceful and respectful relations, equipped with knowledge of nonviolent methods to address disputes and conflict.

A second round of trainings on ‘Power of Goodness’ will be conducted in Odessa 19-25 August for educators, psychologists and volunteers from around Ukraine working with children. A follow-up training for trainers will be held in Ukraine in October.